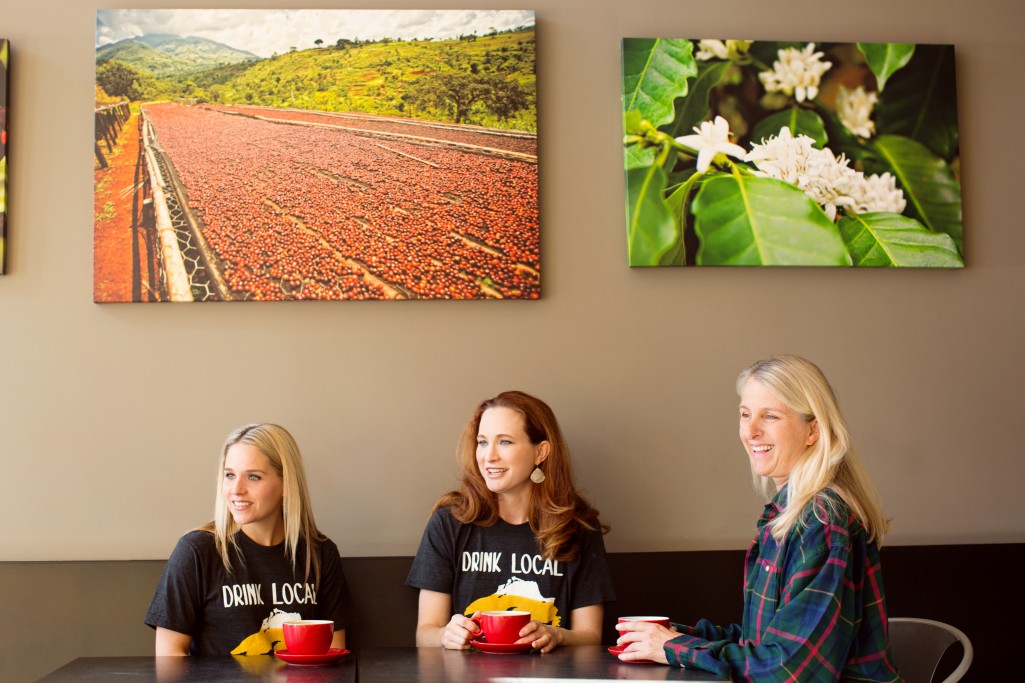 Meet Bent Paddle
Or maybe, you’ve already met. Bent Paddle has quickly established itself as one of Minnesota’s best breweries. Most recently, this Lincoln Park-based brewery made Vita.MN’s 2014 Best of Craft Beer Six-Pack.

We had a great afternoon at Duluth Coffee Co with Karen Tonnis and Laura Mullen (two of the owners of Bent Paddle Brewing) and Dana Cosler (owner of Bullseye Silkscreen and Embroidery). 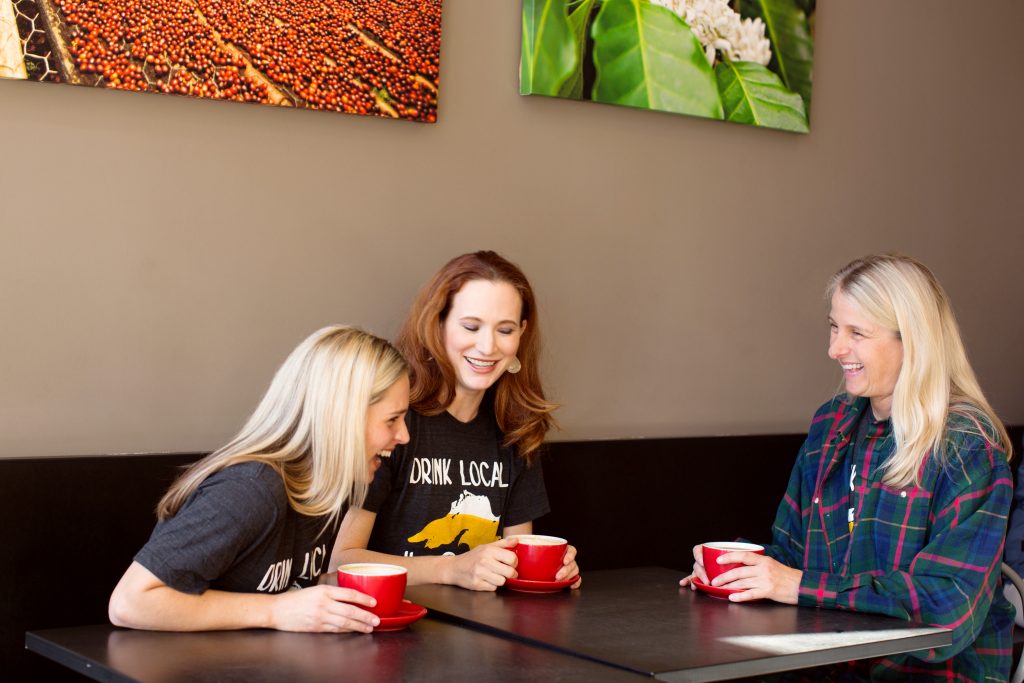 Whether you’re like us (a big fan of Bent Paddle) or haven’t had the privilege, here’s the story on how this brewery came to be.

The owners are Karen & Bryon Tonnis, Colin & Laura Mullen, but this interview was with Karen and Laura.

How did you get started?

“Bent Paddle opened a year and a half ago by two married couples. The boys were both in the professional brewing industries. Brian was at Rock Bottom Brewery in Minneapolis, and Colin was at Barley John’s in New Brighton, which were both brewpubs. Together, they had about 18 years of professional brewing experience.”

“We were contemplating our next step, and it’s a natural progression for brewers to start their own brewery,” Laura explained.

The other half of the partnership, Brian and Karen, met at UMD and loved the beauty of Duluth, the community and the great activities up the shore. “Brian had been brewing professionally and had a brewing degree from the Siebel Institute of Technology & World Brewing Academy”—a prestigious brewing institution. “He told me, ‘This is my passion and I want to do this for us,” Karen said. “When we met the Mullens, it was perfect. We shared similar philosophies, work ethic and we all had this love for Duluth.”

Why did you choose Duluth?

“One of the reasons we chose Duluth is the water of Lake Superior. Great beer demands great water. It’s extremely soft. It’s a clean palate for brewing.”

We’re starting to see more businesses choose West Duluth. What about that area was attractive to you?

“It’s funny, the Duluth News Tribune just asked us this question, too. As a production brewery, our main purpose is to produce 90% of product goes out the door. We do have taproom, but that’s not the main focus.”

“We chose West Duluth because it was zoned properly, it’s industrial and there’s great highway visibility. We can basically put up a billboard on our own building. Also, we know that we needed tanks in year 7, and the ceiling was high enough for 120 barrel fermenters. Overall, it was a building that made sense for us. It wasn’t a conscious decision to choose West Duluth, but we’re bringing people to this side of town. And then there are all the cool restaurants and businesses. It’s cool to watch area revived.”

What is the one thing your business known for?

Karen: “We’re known for quality, well balanced and approachable craft beer. There are a lot of craft breweries opening up in our state and we’re happy to be a part of that, but I think we believe in quality and consistency of our product. We have four flagship beers and we make them well.”

Laura: “One thing we wanted to communicate in our branding was authenticity. When someone sees our brand, we want them to know this is how we feel about the beer. Every craft brewery has their audience. We’re the outdoorsy beer.”

Also: consistency. Laura explained, “That will set us apart.” Brewpubs traditionally switch up their beers. “The difference between a brewpub and a brewery is that a brewery’s hardest job is to make clear, consistent beers.”

Karen added, “Small batch is fun, but we wanted our flagship beers to be consistent and well-balanced.”

Karen and Laura also contributed their fast growth to the combination of their business expertise and brewing experience.

Laura: We’re in year 7 of our projected business plan. We work hard but we have a passion for what we do. It’s important to believe in the quality of your product. We’re super thankful to all of Duluth and all the craft beer brewers.

Karen: Professionalism is key. Two of our owners have the professional experience and are versed in raw ingredients. They have malt contracts and hop contracts so that when we make the bent hop, it’s the same recipe and same hops every time.

What is your favorite thing about Duluth?

Karen: “You can find an outlet in the woods basically everywhere. We’re from the cities so that is just great. Every morning we come down the hill and we get to look at the lake.”

What do you think about the current Duluth economy?
Laura: “There’s this young class of entrepreneurs coming in. They live here or they go to school here. They’re making their own jobs. This was Don Ness’ goal, to bring in this young entrepreneurial crowd, but it’s really Duluth that’s calling us in.”

Karen: “We’re surrounded by a young class of crafters. Laura grew up here, and she’s watched it changed. It’s a totally different place than it was even five to ten years ago. There are new restaurants. The music scene is growing. People are coming back.” 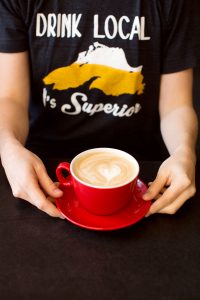 Other local business you love?

“We have a wonderful working relationship with Loll. They basically make all of our tap handles. They also have a business model that a lot of businesses could learn from.”
Frost River
Vikre Distillery
Duluth Coffee Co —“They provide all the cold press for our cold press black. We dig what they’re doing.”

“Just to name a few, Granucci’s Italian Market, the Lester River area, the trails at Hartley.”

At the end of the interview, Laura perfectly summarized how, we believe, most Duluthians feel. “Every time I would drive down the hill, I had this feeling of home. The lake is like an ocean, the Duluthians get it and they don’t get. Water is so powerful.

“We found our roots and we’re really happy.” 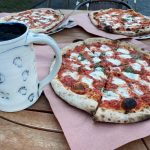